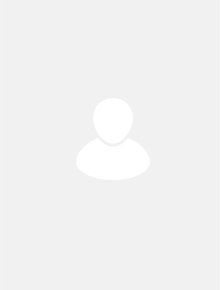 VASYL KOVALENKO
Acting Chairman of the Board
Higher education:
In 1998 he graduated from National Academy of Internal Affairs with a specialization in “legal science”.

From 1994 to 2002 he was in service in internal affairs authority of Ukraine.
From 2003 to 2016 he held positions in private business structures.
From 2016 to 2018 he was a head of the Department for Cooperation with Law Enforcement, Internal Audit, Anti-Corruption Activities and Defense Work of the Kyiv Regional State Administration.
From 2018 – Advisor of the Chairman of the Board of JSC “State Food and Grain Corporation of Ukraine”.

On September 15, 2021 he was appointed as the Acting Chairman of the Board of JSC “SFGCU”

KYRYLO KABANENKO
Acting Deputy Chairman of the Board

In 2008 he graduated from the Institute of International Relations Taras Shevchenko National University of Kyiv with two specializations: “International economist” and “English Translator”.

In 2017 he graduated from the International Institute of Management (MIM-Kyiv) and took Master’s degree in Business Administration in Public Administration (MBA in PA).

FROM 2008 TO 2013 – he held positions of the senior credit analyst, head of department of investment projects and project financing in the banking sector.

On September 29, 2021 he was appointed as the Deputy Acting Chairman of the Board of JSC “SFGCU”.

Svitlana Samsonova
Acting Deputy Chairman of the Board

In 2001 she graduated from the Ukrainian National University of Food Technologies and took Specialist’s degree with the specialization in “Electrical power consumption systems”.

In 2006 she graduated from Kyiv National University of Internal Affairs and took Specialist’s degree with the specialization in “Legal studies”.

In 2010 she took Master’s degree of Kyiv National University of Internal Affairs with the specialization in “Legal studies”.

From 01.08.2018 to 11.10.2019 she worked as Deputy Head of the State Property Division – Head of the Subdivision of Analysis and Control of the Efficiency of Use of State Property and Procedures for Reorganization of Enterprises of the Economic and Financial Department of the Ministry of Agrarian Policy and Food of Ukraine.

Mykola Kuzmych
Acting Deputy Chairman of the Board